I know, sometimes nature can be so beautiful and breath-taking that you really want to keep the memories of a particular place with you forever. So, when you walk on the beach and take a few rocks or a few seashells, you might think it isn’t a big deal. After all, it’s only one shell or a couple and there are plenty of them in the sea, right?

But if each person visiting the beach took a couple of things away, it would have a huge impact on the ecosystem, the environment and all the wildlife that relies on them.

Travelling sustainably and making sure the natural environment is preserved, is very important to allow future generation to discover and enjoy the beauty of our planet. And one of the good things about social media is that more and more awareness can be raised about these issues.

For example, a few weeks ago, I came across a very interesting project called Send Sand Back Sardinia. The idea behind this project came after reading a newspaper article that said that if you put together all the sand from bottles found during luggage checks in just one summer, in just one airport, in Sardinia, you would get several tons of sand stolen from local beaches. Not just sand! Shells, pebbles, rocks, minerals and fossils are also taken away from the Sardinian beaches.  And these figures don’t take into account sand bottles that could be found in other airports or ports, where there are limited security checks in place for cars and ships, and no scanners are used. This means that cars are probably the place where the most items are taken away.

After anti-terrorism aviation laws came into effect, security checks in airports increased and got more accurate thanks to the use of electronic scanners, and this is how people started realising sand and other items where being removed from the beach. However, a law that made this illegal was only passed in 2017. This means that, before then, large quantities of sand were removed, so much that some of the beaches around the island had to be closed to the public to protect them.

During our chat they told us: “Of course, it’s not just tourists taking away sand, stones and shells as a souvenir of their trip. It’s also local people, who  wanted to decorate their house and, instead of buying the sand, they would take it from their local beach, without taking into account the damage they were making, as well as the fact that the high level of salt in this sand would damage their houses too.”

As you can imagine, the environmental impact of this behaviour is huge, and it is now become unsustainable. Take a look at these articles to get an idea.

What is this project about then? Send Sand Back Sardinia wants to raise awareness of the scope of the issue. Through this project, the amazing people behind this initiative invite people who stole sand from any Sardinian beach to send it back.

The organisation will also give a ‘thank you; certificate to people who, having realised the impact their actions might have had, are willing, even after a few years, to give their sand back.

The organization motto is: “When you forgive, you don’t change the past, you change the future.”. As a matter of fact, this is what they told me, when I asked how the project was born: “Ours is a recovery project, but also a project to raise awareness for the future.  When you asked me how the project was born, for us the answer is simple – It’s because we are Sardinians! Sardinia is our mother, not just a piece of land where we happen to live. It’ s a place we love. And when you love something, you protect it.”

If knowing that you would do your part in protecting one of the most amazing places in Italy, as well as the environment in general, isn’t enough for you, they have something else to persuade you.

Volunteers would be willing to exchange the sand with something else, something unique and authentic, such as local food, camping experience or eco-stays.

And it gets better! On top of supporting this amazing project by spreading the word, you can also be an “undercover agent”: do you know someone who has sand, shells or stones from Sardinia? You can help by filling in this form.

7 Replies to “Send Sand Back Sardinia – Take pictures, not sand!” 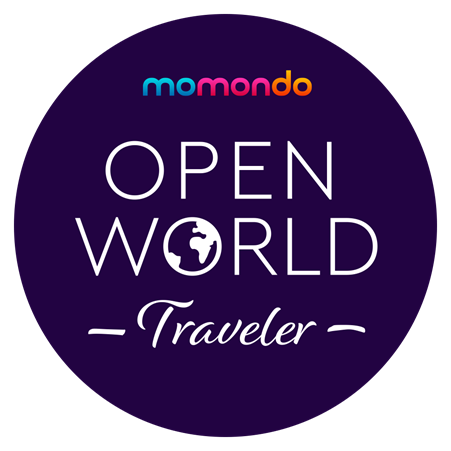